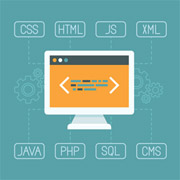 Mobile apps have taken the world by storm, so much so, that in order to be a successful business today, one needs to go mobile and have an app to promote, sell and interact with their customers. No wonder, all app stores are inundated with millions of apps for the users to download and use.

In a world where media consumption on mobile devices continues to outpace desktops and other connected devices, and where each user spends more than 2.5 hours daily on his/her smartphone, developers need to use cutting-edge technologies and tools in order to develop the next hit app, or forever fade into oblivion.

Most Popular Types of Mobile Apps

The big question which arises when mobile app developers have to develop mobile apps is the type of app need to be developed. This requirement varies not only based on the requirements of the client, but also upon market saturation, developers' comfort level with the technology, etc. Some of the basic types of apps are listed here:

Native Apps
These apps are coded in a specific programming language, such as Objective C for iOS or Java for Android. Native apps boast of fast performance and a high degree of reliability. These apps are also expensive to develop as they are designed for only one type of operating system and need to be duplicated for other operating systems.

Mobile Web Apps
These are not real apps, but actually websites which are designed in such a way that they look and feel like a mobile app. They run on your smartphones' browser and are typically coded in HTML5. As more and more websites use HTML5, the fine line between web apps and web pages is diminishing, as web apps feel more distinguished, while providing a responsive, streamlined experience.

Hybrid Mobile Apps
These are apps which are part native and part web app. Like native apps, they can be found on the app store and also take advantage of the mobile phone's features. But just like web apps they rely on HTML5 for their development requirements. By offering the best of both the worlds, developers can use hybrid apps to develop apps faster for multiple operating systems, while saving tons of money.

We have been in the mobile app development domain for more than a decade now and have the expertise as well as the infrastructure to develop mobile apps on different platforms such as Android, iOS, etc. If you have any mobile app idea, please free to share it with us and we will help you to change it into reality.