Top 12 Mobile App Development Trends to look out for 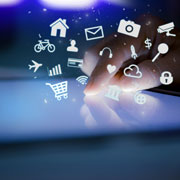 Global digital activity is on the rise. From buying a recently launched gadget online, to connecting to friends and acquaintances on the virtual social space, and even to ordering a delectable dish, the mobile devices that we use today are capable of any and everything.

In turn, this fascinating world of mobility gets the necessary juice to keep going from mobile applications or apps. Changes, disruptive or not, in the mobile app development ecosystem thus have a bearing on the mobile usage of both individual and enterprise users.

Mobile App Development Trends to Look Out For

Every day, thousands of mobile apps get added to different publishing platforms such as the Apple App Store, Google Play, Windows Store, etc. As we dive head-in towards a future made up of countless possibilities, mobile app development is ready to throw many advances our way as well. If you are a developer, or are considering developing your first mobile app, the following list will help to bring you up to speed about the latest trends in mobile app development.

Outsource2india - Where All your Mobile App Development Requirements Come True!

At O2I, we know that the trends mentioned above are sure to rock the mobile app development world as we know it tomorrow and pave the way for a futuristic world where everything would be smart, connected, and have global implications.

Our iOS and Android developers are already poised meet these demands, ensuring lightning-fast mobile app development for our global clients. Contact us now to and learn more about how we can help your business grow.