Understanding the Impact of Cryptocurrency and Bitcoin 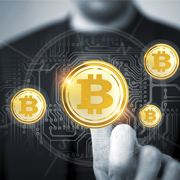 Over the last few years, the term cryptocurrency has rapidly gained visibility in the public eye. In today's day and age, cryptocurrency is fast becoming essential to people who value privacy, and for whom the idea of using cryptography to control the creation and distribution of money does not sound too far-fetched.

Today, cryptocurrency, led by Bitcoin, Litcoin, Ether, etc. are taking the financial world by storm as more people invest and buy these currencies. At the same time, there is still widespread confusion and bias which retracts for the overall effectiveness of Cryptocurrency. Educating users about such alternative forms of currency is extremely important given its volatile nature. In this article, we will try to provide a holistic outlook towards Cryptocurrency and how it's affecting the world we know today.

What Is a Cryptocurrency?

Cryptocurrency is designed from the ground up to take advantage of the internet and how it works. Instead of relying on traditional financial institutions who verify and guarantee your transactions, cryptocurrency transactions are verified by the user's computers logged into the currency's network. Since the currency is protected and encrypted, it becomes impossible to increase the money supply over a predefined algorithmic rate. All users are aware of the algorithmic rate. Therefore, since each algorithm has a roof limit, no cryptocurrency can be produced or "mined" beyond that.

Since Cryptocurrency is completely in the cloud, it does not attain a physical form but have a digital value, and can be used for digital equivalent of cash in a steadily increasing number of retailers and other businesses. Bitcoin was the first cryptocurrency that was ever created, and while there is a small fee for every cryptocurrency transaction, it is still considerably lesser than the usual credit card processing fees.

Bitcoin - A Glimpse into the Future

2016 was the year of Bitcoin, and saw this digital currency grow almost 79% as compared to Russia's Ruble and Brazil's Real, the world's foremost hard currencies. As a result, it emerged as a better bet for investors while beating foreign exchange trade, stock exchange trade, and commodity contracts. There are many reasons why the impact of Bitcoin is exceptionally relevant today, and why the Cryptocurrency of 2018 is now here to stay. These include -

The Real-world Impact of Virtual Money

While Cryptocurrency and its usage is at an all-time high, so are the misconceptions about it. Most people still seem to ask - Why use Bitcoin? Since such currencies use different algorithms and are traded in unconventional ways, it is important to lookout for some important characteristics before investing in Bitcoin or others of its ilk. This includes -

Toning Down the Frenzy - Challenges Ahead for Bitcoin

While Bitcoin's astronomical growth cannot be understated, Cryptocurrency in general have several challenges to meet before finding universal acceptance. These challenges include -

At O2I, we believe in staying up-to-date with the latest happenings in the tech world, which in turn allows us to refresh our efforts and deliver the highest quality software services for cost-effective prices. If you are looking for a dedicated service provider to work on your next software project, your search ends here.