Can Philippines Topple India to Become the Call Center Capital of the World? 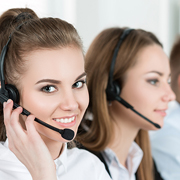 There are two countries that compete neck to neck with each other in the title of being decked with the BPO capital of the world. One is India, and another is Philippines. The rivalry is so stiff that the global firms must weigh their requirements vis-a-vis cost, proficiency, turnaround, location, and scalability.

Solely on the people factor, India is far ahead w.r.t its competitors. However, Philippines, because of its lower cost per people and massive resources plying on to join the call center companies, it might take over its rivals including India in the future. Here are 8 reasons why call centers prefer working in the Philippines and why is Philippines the call center capital of the world.

BPO is no longer just call centers. It has been replaced with niche services, including web design, coding, social media, accounting, finance, human resources, and other tasks. So, has Philippines toppled India to become the call center capital of the world?

Well, while India has moved ahead to emphasize more on process automation for the outsourcing services, the Philippines is still relying on its recent surge in the call centers.

Moreover, India is not at the twilight of the BPO as many media pundits like to point out, but she has evolved in a more comprehensive industry that incorporates the full BPO and KPO services. Thus, it is right to say that, as of now, Philippines is the world's preferred location for call centers, but when a company looks for a complete outsourcing package, India clearly has more technical expertise.

Outsource2india is among the leading call center services provider in India that has successfully catered its BPO and KPO services to global clients from diverse regions, location, and cultures in several languages over the last 19 years. We have five global delivery centers and call centers with expert call center executives in the Philippines as well. Based on the client's requirement, deliverables, and timelines, we leverage suitable delivery centers.

WHAT WE DO IN CALL CENTER