The Stupendous Rise of Rural BPOs in India 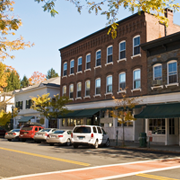 Reminiscent of a ball dropped into a domino ball track; an opportunity that comes in, trickles down to the last possible grabber. When companies, driven by factors like cost and nature-of-work found exciting opportunities in India and other Asian countries, it marked the beginning of a global workforce utilization and BPO growth in India.

But the domino effect of businesses, progressively looking to reach out to the next cheapest grabber is now firmly knocking at the doors of rural India encompassing Tier 2 and 3 cities, towns and villages, indicating the rise of rural BPOs in India.

What Triggered the Rise of Rural BPOs in India?

Though achieving extreme cost benefits has been the underlying force driving businesses to set up BPOs in rural India, there are other crucial factors which have augmented this BPO trend.

Obviously the extreme cost benefits do not come easy. The challenges posed by rural BPO in India seem extremely difficult, and at times impossible too, but not insurmountable. Let's have a look at the things that do not portray favorable picture of Rural BPOs:

Power Facility
Some villages in India are still awaiting power connections, and others who have experienced the light bulb but are still marred with long power cuts and poor quality electrical connections.
Broadband Connectivity
Internet connections are of course a rarity and for villages who do browse the Internet run on extremely low speeds making the whole experience annoying.
Un-employable Resources
Poor educational infrastructure in villages and rural areas forces locals to migrate towards greener pastures for quality education, and they usually don't return. So, chances are that you have to tackle group of poorly qualified resources to get your work done.
Intense Training
As the education levels are low you have to spend much time, resources and money in getting them trained and workable.

The challenges mentioned above are surmountable, and can be carefully and effectively addressed to make greater inroads. No nation is untouched by the brain drain, and rural areas in India are no different. However, reverse brain drain is a possibility as most people are willing to return back if given job opportunity in their own area. When put into practice, this method may address the problem of unskilled workforce effectively.

Secondly, 'Rise of BPO in India' is finding its true meaning with many rural BPO outreach initiatives explored by innovative businesses like the Source for Change - an initiative of the Mumbai-based Piramal Foundation. The good news is that around 100 such organizations are likely operating around India.

So, the future of rural BPO in India shows promise and shall clearly encompass viable rural areas. If you have any queries on outsourcing call center services to India or regarding BPOs or KPOs, get in touch with representatives from Outsource2india now!

Would you be interested in talking to us about your requirements?

Have specific requirements? Email us at: general.info@outsource2india.com

Innovative new services that are being provided by outsourcing vendors.

Should you start your own captive office in India or outsource to an Indian vendor? Learn more!

A big-picture look at how outsourcing benefits everyone involved.

The BPO Industry in India

Will outsourcing work for you? Know in 24 hours!