At Outsource2india, we can help you leverage your press conference content to disseminate the message to a wider audience while creating maximum exposure for the same. With experience, we know that a press conference is unscripted, especially when questions are unplanned. Our fast, reliable, and confidential press conference transcription services in India are key to verbatim transcription.

Our transcription services for press conferences ensure your readership is aware of exactly what occurred during the conference, and other journalists can also use parts of your transcriptions in their articles, giving you credit and providing a great marketing channel for your brand. Our clients across the world use our offshore press conference transcription services secure in the knowledge that each and every word from the representatives can be replicated in the correct fashion. Our services include -

First Speaker: To tell you basically what this is about is when I was watching Harvey Mackay at one of Harv Eker's things, he said he just finished the Boston marathon and you know, the guy is 76 and I went holy crap, you know, that is amazing. He looked so fit and he is so quick minded and so on I thought, all of a sudden it occurred to me I bet the way you eat, you know, is different. I bet you don't just eat a bunch of garbage and that started this thought. So, the basic three questions will be and I am recording it for you as well if I transcribe these for the book, but then I write about it and what has really been neat about it is that what started out as three same questions to everybody, everybody had kind of a different angle on it and I realized that they were creating the chapters for this book and of course Marci Shimoff read me right [???], I am not doing something where I did all the work and you are just transcribing it, but if you actually write in the book, I will do it. So I made her that promise and it was a hard promise, but it was a good one to make because it made me think more, you know.

Second Speaker: Got you.

First Speaker: So, what I would do is I basically introduce you and then you can add anything that you think is important to that introduction and let me get my history up here because I have you on here. So, how is Robby doing?

Second Speaker: Good, hangin' in there.

First Speaker: Yeah, did you guys have a nice holiday?

Second Speaker: Well, we actually kind of had a [???] holiday, her father who is very old got sick and ended up passing away.

First Speaker: Oh I am sorry to hear that.

Second Speaker: But, you know, stuff happens, what are you going to do?

First Speaker: So I am going to – is your best website, at the end I am going to ask you, you know, about your website and stuff, is rickfrishman.com the best one to go to or -

Second Speaker: Yeah probably just for most stuff that is probably the best way to go yeah.

First Speaker: You had a really good bio on one of your websites.

Second Speaker: It is up there, there is one, you know, in most of them. I also have rickfrishmanblog.com, you know.

First Speaker: Let me check that out, okay so the -

Second Speaker: There is a bio on that one, but it is also a bio on just rickfrishman.com.

First Speaker: There we go about Rick, yeah.

First Speaker: So you know, one of the things that I will bring up is, you know, you always talk about how you have the biggest Rolodex and I thought that was a really cool angle too because part of success is who you know and you know, I think that is important. I don't know what your angle is going to be on this, but you know, the questions will be do you think that that hypothesis is true that, you know, food affects your ability to succeed on some level and then if you -

First Speaker: You know, if it plays into your level of success. In other words, you know, I know there are successful people who eat crappy food, but so far kind of the consensus has been, you know, it has run the gamut of extremes, but so far people seem to say, you know, they can't keep up their energy if you speak a lot. You do a lot of speaking so you know, and you have a hectic schedule, so I imagine that if you are, you know, full of two pizzas, you probably don't have the energy on stage that you normally would.

Second Speaker: Right, it is true.

First Speaker: So, that's kind of the angle, but...

Oustource2india has mastered the skill of transcribing press conferences just the way you like it. Our performance is derived from many hours of flawless transcription. Plus, you can see our process transparency by subscribing to insights and reports. Our press conference transcription process involves -

We will begin the transcription process after closely analyzing the audio. The process will be completed within the stipulated time

We will proofread the transcribed file using proprietary grammar checking tools. This will be backed by manual proofing

05. Delivery of Transcribed Files and Reports

We offer a wide variety of press conference transcription services for your requirements and cover areas which many of our competitors still cannot. With more than 23 years of experience under our belts, we have worked with clients in media and press who regularly approach us for high-quality transcripts. Some of the reasons behind this include -

Why Should You Outsource Press Conference Transcription Services?

Outsourcing is, without doubt, a major way to streamline your existing processes and reap huge dividends without sacrificing on quality. At the same time, partnering with a renowned service provider like us ensures peace of mind and better quality control, both extremely important in the field of transcription. By partnering with us, you can benefit from the following - 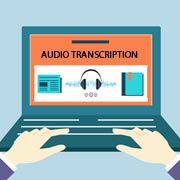 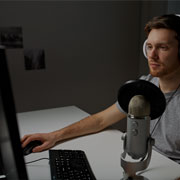 Within 42 hours a US client's transcription task of nine hours was completed. The client was glad we delivered the solution within the stipulated time.

The quality of the transcripts I received was of good quality and the timeliness of the work was excellent. I have recommended your service to fellow researchers who may need transcribing services.

Outsourcing your business transcription requirements to us can save you time as well as money while helping you expand your business footprint and focusing on your customers. We can help you receive properly formatted, accurate, and professional transcripts at a fraction of the cost it takes to hire an in house staff. If you want to know more about our transcription services, contact us now!

Join the growth phase at Flatworld Solutions as a Partner

Reach out to us for a quick direct response from decision makers at the Flatworld Solutions global team.