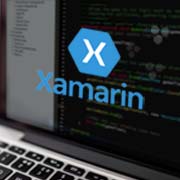 When it comes to cross-platform app development, Xamarin is the undisputed king, owing to its ability to develop to deliver native-like iOS, Android, and Windows apps while using existing codebase, skills, and development languages. Unlike most other cross-platform app development platforms, Xamarin's biggest selling point is that apps developed using it have native like performance, and therefore is not a compromise solution.

Xamarin can help build native as well as cross-platform apps on a shared C# codebase, while using the same language, IDE, and APIs everywhere, across mobile platforms. This ensures that the apps developed using Xamarin not only have a native UI and native API access, but are also comparable to native apps when it comes to performance.

With Microsoft now acquiring Xamarin, it has become easier for developers to work Microsoft Visual studio which integrates Xamarin natively to ensure fully complaint .NET portable class libraries. At O2I, we use Xamarin because our developers not only find it easier to develop and design modern smartphone apps, but also to suitably integrate and test them while using pre-built backend connectors and native user interfaces.

Why Use Xamarin Mobile Application Development?

At O2I, we believe that Xamarin is one of the best cross-platform mobile development solutions available currently, and which has none of the negatives of other platforms such as PhoneGap, etc. By allowing for affordable, efficient, and simultaneous development, Xamarin not only helps us deliver quality mobile apps with ease, but also allows your customers to benefit from a rich mobile interface and native app capabilities. There are many reasons why Xamarin development is considered by our experienced developers as one of the foremost examples of cross-platform development, including -

At O2I, we have 23 years of experience in developing the best possible mobile solutions for our clients, and have delivered high-profile projects for global clients. By choosing us you stand to gain from the following -

Whether your requirement is for iOS or Android our services will ensure significant cost-savings while keeping your customers satisfied. Contact us right away for a zero obligations quote.